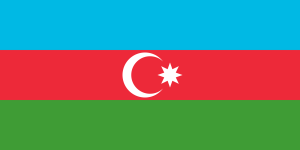 With a total population (9.6 million (Baku 2.125 million)) less than the population of London (12-18 million), spread over an area of some 86,600 square Kilometres compared to London’s 1,572 square Kilometres, Azerbaijan is a fascinating country where modern and tradition have entwined in a seamless manner. So here are a few fun facts I researched for you:-

One final fun fact is that Azerbaijan is the land of the Lada – that well known car that was the butt of many a joke in its day – apparently they are everywhere in all shapes and colours!

This site uses Akismet to reduce spam. Learn how your comment data is processed.